Staring Out The Window 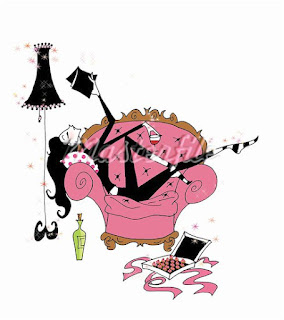 Sometimes, people look for other people when they stare out the window, but other times, it's just a creative person needing some space from everyday realities.  My friend, Bella, once wrote this to me in a Facebook message: "You know, I'm having one of those days where I really enjoy just staring out the window."  To some, that may have sounded strange, but I knew exactly what she meant.  She had diverted her attention from the things she had to do that day, the chores and paying the bills, and she decided to just be and let the thoughts flow.

What do I think of when I stare out the window? Sometimes,  I'll stare at a particular tree that is just beginning to bud.  It will start to get dark outside, turning into dusk, and I'll wonder how people I don't see very often are doing.  I remember one time recently, I took quick peeks out my window while I watched that "Twilight Zone" episode called "The Jungle."  The background music sounded like it came from an action movie of the sixties -- when soundtracks used actual band instruments and not just a guy with a synthesizer.  The music took me back, and I thought about my dad's friend, Hans, and how he told me that he still has my dad's picture displayed in his house, and he often likes to reminisce about the good times they had when they used to travel on the road and go to different shows of bands they worked with.  Some nights, I'll have my glass of wine, stare out my window and wonder what Hans is doing right now.

That evening, I remembered all the hours Hans and I had spent many years ago, just listening to my dad's club band's reel-to-reels, him telling me about the music scene in the seventies, while my father's voice sang that song, "The Lady Is A Tramp," over the reel-to-reels which made Hans mention how much my dad really loved Marilyn Monroe.  If I hadn't been staring out the window just then, those details may have gone from my memory bank forever.

Parents are finally realizing now that it's not a good idea to overschedule kids with a bunch of activites, lessons, and playdates. When we were kids, we had more alone time, time to do "just nothing." People are now agreeing that "nothing" time while you are alone helps kids become more creative.

One brilliant example of this is the legend of how 1920's biologist, Alexander Fleming, was daydreaming, staring at a petrie dish and drawing pictures of the specimens, when he observed that the colonies of bacterium in the dish were being destroyed by a mold that had grown there.  Growing mold was not the purpose of the experiment, and his practice of daydreaming prompted the discovery of Penicillin.

Just like I had written a few months ago in my "Santa Claus" blog, immersing yourself in fantasy from time to time is essential for your mental health. Too much reality can destroy a person.  We all need moments of "unreality" to feel refreshed, so never feel guilty about spending a part of your day just simply staring out the window!
Posted by Chrissi at 7:14 PM No comments: