My Love Letter To Writing 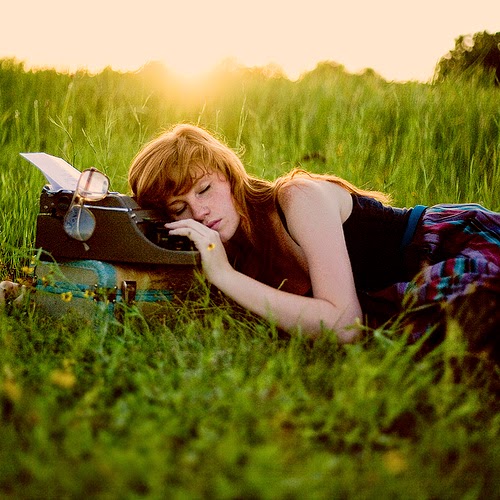 Yes, I'm in love with writing. I couldn't survive without it.  Flannery O'Connor once said: "I write because I don't know what I think until I read what I say." That's exactly it. My mind is an emotional mess until I write my thoughts down. Afterwards, I feel better, less emotional, less confused, and I have an enormous sense of relief.

My mom was the first person to suggest I become a writer. I was 8 years old. It wasn't because she recognized talent in me, and it didn't stem from anything positive. It was because I was driving her insane with my phobia. There was a huge northeastern snowstorm that year, and I had read a news story about a boy who got buried in the snow in his yard and hadn't been found until a month later. The several feet tall snow drifts in our backyard hung around the entire winter, and I was terrified that the same thing would happen to me. I remembered every detail from that news story and kept on replaying it in my head: how the mailman found him because his mitten was sticking out from the snow; how the picture of the side of his house that looked like a barn had an "X" marked on it near the spot of the snow where he was found; how they used the word "vanished" in the article; and how everyone thought he was somewhere in the neighborhood, but he had been in the front yard all along. Every day I asked my mom if that was going to happen to me. She listened to me recount the details in the article for her, and one day, she finally said: "You should become a writer. There's got to be something positive you could do with all that misery stuck in your head!"

My mom's advice came in handy when I was 14.  My father was very sick, and my two best friends from school had turned against me.  I hated school and hated life and couldn't wait for the year to be over.  So I created a 30 year-old woman named Nazd to hang out with. She had long brown hair, brown eyes, wore a long, beige, raincoat and had her nails painted that neutral color you never see anymore.  We went everywhere together. My novel-to-be was simply titled "Nazd." As often as I could, I'd lock my bedroom door, put on Prince music, and write about Nazd with my same red pen on sheets of loose-leaf paper. Nazd was wise and said little.  She wasn't a chatterbox with her feelings always out on display.  She had all the answers. My world was falling apart, but I had Nazd as a shoulder to lean on.

In high school, I sat in the back of class and began a screenplay on tiny scraps of paper.  The action takes place in one day where a young woman sits in a dimly-lit Brooklyn apartment as an older man tells her about a doomed couple he knew years ago named Jimmy and Diana.  Jimmy often visited Diana in her Brooklyn brownstone, but her parents were against the relationship because they were wealthy, and Jimmy was poor. He was also heavily involved with drugs and eventually hanged himself. Diana was so distraught that she left home, left life, and became a bag lady on the street.  In the last scene, the woman leaves the dark apartment into the bright broad daylight and walks onto the street, crossing paths with a woman whose purse has fallen to the ground and opened up, exposing tons of junk.  She helps her, and when the woman looks up, she gives her a wide smile. She looks world-weary, but her smile is youthful.  She picks up her purse and walks away, leaving the main character to believe she has just bumped into the real Diana.

Luckily, as I wrote on my scraps during class, I had a knack for being tuned into whatever the lesson was about and was always able to quickly replay my teacher's question in my mind and answer it. I once read that creative people are unable to shut off the sounds going on around them.  I can be engrossed in a conversation at the diner but can still hear that one ring of the little bell from clear across the room signaling our food is ready which always fascinates whoever I'm eating with.

But that's what makes writing even more necessary for me. I've trained myself over the years to now use writing to turn off all those extra sounds going on around me and instead to escape and break free from the rest of the world for a little while.  I figure that's okay, as long as I'm always able to come back and not be found one day sitting in a chair, muttering to myself, like Nicole Kidman playing Virginia Woolf in "The Hours" movie: The kids are pointing at her and laughing, and she's oblivious:  "Mrs. Dalloway said she would buy the flowers herself," she suddenly says out of nowhere. Mesmerized. 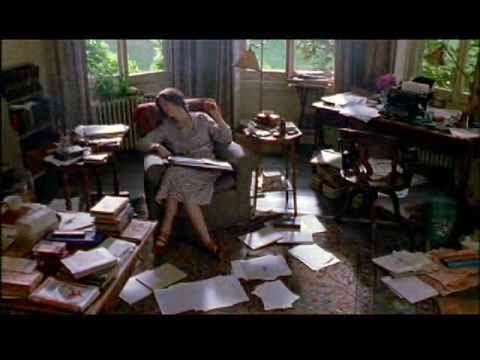 Posted by Chrissi at 1:17 PM No comments: