"We Saw Your Boobs" (Was Seth MacFarlane's Oscar Song Sexist?) 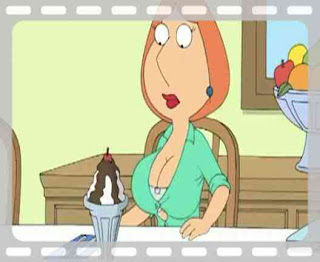 Last week's Oscars were hosted by "Family Guy" creator, Seth MacFarlane.  I enjoy "Family Guy," and when Seth MacFarlane was featured on an overhead screen singing his controversial song, "We Saw Your Boobs," I thought it was funny. In the song, he rattled off names of actresses and the films they appeared topless in.  He mentioned Halle Berry in "Monster's Ball," Marisa Tomei in "The Wrestler," and Nicole Kidman in "Eyes Wide Shut."

Some of the reviewers claimed that MacFarlane's song was sexist and that he made other sexist remarks during the broadcast.  I can't judge the rest of the show because at 9:00 p.m., I switched to HBO to watch "Girls." Speaking of which, Lena Dunham, the creator/writer/director/lead actress/brilliant person of "Girls" spoke out against MacFarlane's song, saying it didn't help to further the cause of feminism, but then, of course, shortly afterward, she dropped out of the conversation by saying: "Now I've said something murky about women's lib, and will return to eating edamame/thinking about moving to Austin like I always do!" One of the complaints I heard was that many of the movies he mentioned contained rape scenes, however, I've seen all the movies I've named above and those nude scenes were definitely not rape scenes.

These actresses and many current big-name actresses chose to go topless in order to further their movie careers.   Did they expect nobody to ever mention it again once they'd reached their goals? Why? Sarah Jessica Parker refuses to do nudity, but other actresses either feel they have to or realize they'll reach their goals faster if they just do it early on in their careers. Still, other actresses, like Ashley Judd, have claimed they enjoy doing nude scenes. Regardless of whether or not an actress does a nude scene and regardless of the reasons she does them, these actresses are adults, and I refuse to believe that women are children who need protection from their own decisions and that they must be treated with kid gloves just in case we "mention" the fact that they once performed nude scenes onscreen.

At one point during the song, MacFarlane referred to Charlize Theron in "Monster." After he said her name, the camera panned over to note her reaction, and she looked visibly upset. But when the clip was finished, MacFarlane performed a different number, and Theron suddenly appeared onstage dancing to it. Obviously, her stunned reaction was staged, and she was as much in on the joke as he was. Why, then, were women's groups and other actresses who weren't even mentioned in the song speaking out against it, saying that MacFarlane was sexist by performing such a number?

I believe it is because we still live in a "man's" world where it is OK for women to behave in an indecent or slutty manner as long as it is considered an indiscretion, a past mistake, and that now they are sorry.  We can't accept the fact that sometimes women behave opportunistically, that they mean to do the things they do, they'd do them again, and they are not sorry. Apparently, many people believe that if a woman once took off her top during an early film of hers, but now she is famous and doesn't choose to do nude scenes anymore, Seth MacFarlane is not supposed to draw our attention to these movies anymore.  They are now big stars, and he is wrong to bring it out into the open.  MacFarlane did not lie, he didn't reveal things that he found out in a sneaky manner, he didn't commit any crimes, and he didn't even commit slander.  These movies are forever available for rent. You can Google them, and they are included in these actresses' bios.  All he did was sing a song about them.

I think that if reviewers or the general public have a problem with MacFarlane's "Boobs" song, they should ask themselves exactly why it is the song bothers them,  and once they figure out the reason, they should just go back to eating Edamame and maybe considering a move to Austin.