What If Anais Nin Was A Social Media Queen? 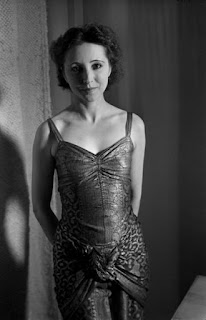 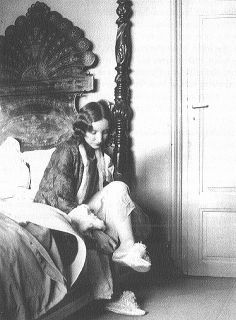 Social media has been good for Anais Nin! Twitter has facilitated a huge surge in her popularity due to her many quotes being tweeted on a nearly daily basis.  But what if social media existed in the 1930's? What if Anais, her lover Henry Miller, and his wife, June, all had the internet and their complex interactions were not recorded in letters but instead in Facebook statuses and Tweets?

The first magazine ever devoted to Anais Nin was called "Under the Sign of Pisces," which she described as "A Cafe In Space" because writers and readers could connect through reading the magazine which was the next best thing to meeting in person as they did in the cafes of Paris. I feel like the internet in general is a cafe in space because it's a place where people can "meet" and talk to each other regularly. But where does it exist? Technically, only in space.

After reading nearly every Anais Nin diary that exists, I'm convinced Anais would LOVE the internet! It would be her thing! But I also believe it would have added to her turbulence during those Miller/June years, because they'd have loved it too, and she would have to keep up with THEIR social media activity in addition to her own!

Henry's wife, June, lived in New York while Henry lived in Paris. Anais found June to be a fascinating person, and whenever June returned to Paris to visit Henry, she'd often spend time alone with Anais. Of course, June didn't know her husband was having a love affair with Anais. Regardless, June was a naturally flirtatious person and soon Anais was under June's spell as well.

Henry's apartment was not far from Anais and her husband Hugo's house at Louveciennes. By the way, Anais' husband, Hugo, would either not have been on social media at all or his involvement would have been very limited because he would have been way too busy with his job at the bank. As Anais said in "Henry and June," the brilliant 1990 indie film which dramatized their relationships: "You are even beginning to SMELL like the bank!" This physical separation between Henry and June would have taken on a different meaning if they had use of the internet. Even more so, the relationship between Anais and June. They would be internet buddies, and I believe their regular internet chats would have kept them in constant contact and made them closer than they ever were in real life. The internet would have ensured that they never lost touch as they did once June and Henry split up.

For Henry, social media would be his playground: thousands upon thousands of scantily clad to naked young women for him to not only look at but also to interact with. As much as Anais tried to accept Henry's life outside her own - not just with June but also in relation to his penchant for frequenting street prostitutes - Henry's social media activity would drive her crazy because it would be right in her face, 24 hours a day, 7 days a week. There'd be no end to her speculation about how many of these women whose Tweets he favorited, whose Facebook statuses he liked, and whom she could see chatting with him publicly would also be involved in his private life behind her back too. I can just imagine the subtweets:


Anais Nin @anaisensorcelled
Tomorrow I shall plunge myself face-down into my make-up palette. Surely, this is the look you prefer since clown faces are the only ones you follow.


As you can see above, Anais' Twitter handle would be "Anaisensorcelled." We all know "ensorcelled" was one of her favorite words and one which she used frequently in her diaries. She also would like the fact that it means "to enchant" or "to bewitch."  She'd be great at the selfie game (the pictures for this entry are what I surmise would be closest to the selfies Anais would take of herself and post. Just imagine one of her arms extended to take the selfie as opposed to hanging down at her side). Since Anais preferred mental connections with the men she was attracted to, she would keep her public account sexy, yet tasteful. She wouldn't post nudes, or near-naked pictures of herself in her bra and underwear. Anais was more of a "sexy-in-private" person. Although an extremely sexual person, she wouldn't have wanted to be DEFINED by her body. She would have identified herself as a writer first and foremost and would want to be treated that way. Having strange men post comments like: "Hey, chicky, I love your hot ass," would grate on her nerves.

While Anais would use social media to promote her writing, the internet would enable June to quit the dance hall forever and to start a lucrative business as a Cam Girl. June would not use her own name on Twitter as Anais did. She would drop her last name, "Miller," because she wouldn't want the men who were paying for her cam girl services to know too much about her. She'd simply be "June" with an xxoo after it for kisses and hugs to make her name look more cutesy and good for business. 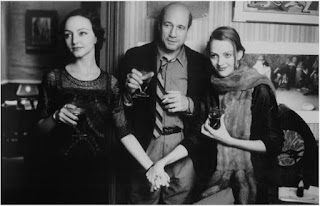 
But on Facebook, June would use her full real name because all of their Facebook accounts would be private, and they'd already personally know all their Facebook friends in real life. All these friends they connected with on Facebook wouldn't know of the affair between Anais and Henry nor would they have known that June was a Cam Girl. Anais would interact very little with Henry but would instead put her friendship with June front and center. Here is the Facebook status for Anais and June, posted the morning after they spent a night out on the town alone together on one of June's visits from New York to Louveciennes:


Feeling: Loved (imagine the happy face with smiling eyes and two hearts above the eyes and one under the face):

"Had a blissful time with June Miller last night!  I learned so much from her even though she thinks I am the teacher!  We talked until midnight!  We talked all about her wonderful husband, Henry, who is SO lucky to have her!  Dinner was amazing -- the Anjou was flowing, and I couldn't have asked for a more perfect evening if I tried!  Thank you, June! And thank you, Henry, for allowing me to "borrow" her!"


So, as I said, Anais would LOVE social media and would embrace it the same way she did all the voluminous letters she wrote to those she loved over the years. But I think it may just have changed the course of history. As I said earlier, I believe she and June would have never lost contact, especially through Facebook. She would never lose touch with Henry either. Because just by logging in, he would always be there. 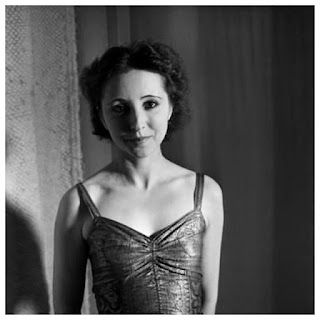 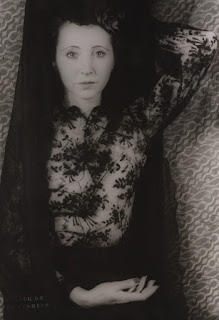 The tradition of Anais Nin's Literary Journal "A Cafe In Space" is still alive! My essay: "Anais Nin - A Recipe for Immortality" is featured in its newest volume of the magazine, Volume 13, available in both Paperback and Kindle at Amazon.Com: 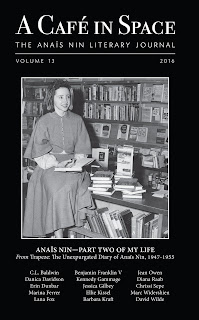