"By The Wayside" is the latest book by talented and inspiring writer, Anne Leigh Parrish, and I became one of the beta readers for it in anticipation of its release on February 8th. When I was asked to be a beta reader for Parrish, I didn't know what a beta reader was! But I quickly realized that it meant I got the privilege of being one of the very first people to read all the stories in the collection before they were officially published and made available to the general public.

I had already read a couple of Parrish's short stories through her online links from her Twitter account. The first story I read was "Artichokes," and I must admit that when I first opened my beta reader copy of  "By The Wayside" and saw that "Artichokes" was included in it, I squealed with the same excitement I used to when I'd surprisingly found out my favorite rock band was coming to town! That's how deeply Parrish's stories can impact. They hit an emotional nerve, and you remember them.

The other story I'd read online is what I'd consider a classic of Parrish's entitled "Where Love Lies." It is about a woman named Dana who moves to a quiet, yet gossipy, island town to escape her former life. Her self-esteem is wrecked, and she wants to start over and rebuild her confidence and heal herself through her love of painting. However, as she befriends an older man and finds herself attracted to another man closer to her age, she realizes that this beautiful island town is everything but serene, and danger lurks because, as she says: "Hating was far easier than loving, and came more naturally." 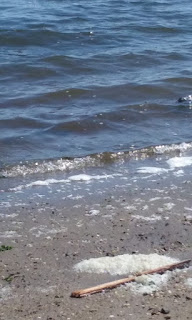 Yet Dana survives, as Parrish's female protagonists seem to do. No matter how difficult situations get for these strong women, they persist and often turn out wiser and more confident and capable than they were when we first met them in their stories. Not only do we as readers discover shocking truths about them, but the characters themselves are often surprised at the capabilities they hold inside and of what they are able to achieve if they just have the courage to speak up or to make changes in their lives.

In "How She Was Found," lead character, Fiona, begins the story described as a "mouse." She is compliant and insecure, and these traits are not likely to serve her well when she sets out as the only female on an archaeological dig with her professor and three male fellow graduate students. When she finds the bone of a human hand, she believes her professor will finally take her seriously, as she feels he never listens to her. She also suspects that the only reason why she has been invited on this dig is due to his instructions to abide by gender equality when choosing the students to attend it.  She initially puts the bone back, tells her fellow students about it, and finally her professor. For the next nine days, the team finds more and more bones of what they believe is a woman skeleton. As they camp out, she tries to be one of the guys, drinking beer (which she hates) and eating goat that they cook themselves. But unlike her companions, she becomes fascinated by the female skeleton. She wants to know everything about this woman. She names her "Estrella" after the stars they can see in the beautiful night sky. She imagines that Estrella is a complete woman, where she feels that there are so many missing parts to herself. She tries to figure out what kind of clothes and jewelry Estrella wore and pictures her as having been far more beautiful than she herself is. Suddenly, the skull speaks to her: "You need to get a life.  Stop living through other people and just do your own thing." The next morning, the guys find Fiona sleeping in her cot with her arm embracing the skull.  But instead of thinking she's crazy, they see her as being daring and brave and as doing something that timid Fiona would never do. "That was pretty fucking badass," one student tells her. Another adds: "Didn't know you had it in you." Suddenly she is seen as someone who has guts and who has a sense of humor they didn't know she was capable of. Finally, Fiona has the courage to make her own decisions rather than abiding by everyone else's wishes for her.

"An Act Of Concealment" is another example of a woman who just does as she's told and does what society and those in her life expect her to do even though she often feels misunderstood and as an outsider. When she befriends a fellow male outsider, the story reaches a shocking conclusion that I didn't see coming from a mile away when I first picked up the story. 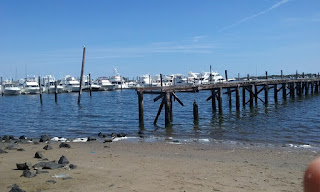 Yet as serious as the subject matter of many of these stories is regarding women being mistreated and feeling powerless,  Parrish's stories often have a subtle humor underlying them.  "Letters Of Love And Hate" is the perfect example of this. Protagonist Cammy J has trouble getting her articles about helping at-risk youths published. Even her father is out of touch with the points she tries to make. Parrish writes: "He grudgingly admired his daughter's growing confidence on the page. She was acquiring sass. He liked a sassy woman, in moderation." This last sentence is an excellent description of how society often regards women who show dissent either in writing or verbally: Be assertive. But not too much.

Cammy J decides to start a blog instead. She tries to do everything by the book. She follows people on Twitter who she thinks would be interested in reading her blog, and she reads up on how to promote herself on social media.  Finally, she puts up the link to her blog and asks people to comment. Here's an example of why I love Parrish's talent for humor: After unfolding the events for us, giving the facts of how Cammy J puts together her blog and her Twitter account and asks people to comment, she says: "She received two comments. One was from someone identifying himself as Ronald 123: 'You're a dingbat. Actually, you're probably worse, but I'm too nice a guy to say exactly what.'" I didn't expect that, and although I felt sorry for Cammy J who had all these expectations that people would embrace her initial blog post, I still had to laugh at how Parrish paints a realistic portrait of what often happens when we express our opinions on social media!

Ultimately, all of Parrish's characters endure as best as they can. They keep plugging along because they have to, and in doing so, they find new-found strength and a sense of identity they never knew was in them.  Many short story writers depict women, yet Parrish's stories stand out to me. She immediately draws us in, and we know that something profound is going to happen as soon as we meet the women in her stories. It could be a physical circumstance that shakes up their lives or it could just be a revolution from within. But either way, it will always be interesting, and we'll always feel changed when we reach the last line. 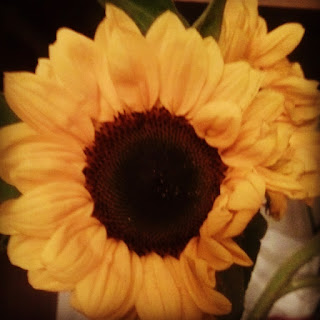 "By The Wayside" - A collection of short stories by Anne Leigh Parrish will be available from Unsolicited Press on February 8, 2017