I'm Celebrating That Summer Feeling! (Oh and more of my writing being published!) 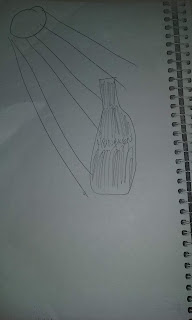 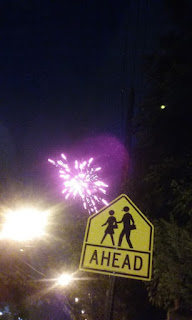 Summer is finally here! It's my favorite season because it's the time of year when I feel the most free. Something about it being hot all the time reminds me of being a kid and playing with my friends in the street when the days seemed like they'd never end. The way I feel freedom these days is through my writing. This summer, I am honored to have three of my short stories included in an upcoming Anthology called "Howls from the Underground" which is being released by an independent publisher called Screamin' Skull Press. I couldn't be more excited! Here are short descriptions of my three short stories:


This is the longest short story I have in the Anthology. It takes place in the early 1990's, and it is about the unique friendship and relationship between a young woman and an older man. The illustration at the top of this blog entry is a picture I found in my writing sketchbook from my initial notes of the story.  A short time later, I did a psychological quiz from one of my books where you had to draw the sun, a tree, a house, a river, and a snake. When I drew the house and the sun, I drew the sun shining over the house in the same way I had drawn the sun over the bottle of Heineken beer in this illustration. The quiz said that the house symbolizes yourself and the sun symbolizes your father. I suppose I could have drawn the sun way above the house, as you often see in children's drawings, as a circle having short rays extending around it. But I've never drawn the sun that way. I've always drawn it the way it is here, radiating over the beer bottle. Possibly, the memory of my dad encompasses everything in my life.


2. "We Love to Watch Zee Cockroaches"

This story is about an Austrian woman who uses "Z's" in her speech because she is unable to use the "th" sound we use in English. She has a Spanish boyfriend, and the two of them entertain an American couple in their rather odd apartment. She offers the couple straight vodka in a shot glass with a glass of water on the side and insists that this was never her original idea: “You know, we never drink vodka zis way till we meet you," she tells them. "We never have straight. Wiz ice and juice before.” But the vodka drinking is the least unusual thing about her living situation. 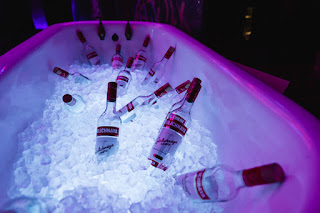 This story is my take on Instagram "models" and the general degradation and dumbing down of our society thanks to fads like the Kardashians. Reality TV and filtered photos aren't real. I'm very much looking forward to the day that all of this self aggrandizement goes away. 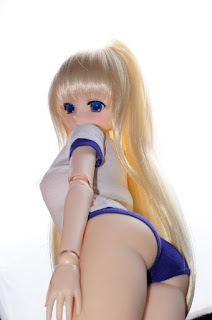 In addition to "Howls from the Underground," I am working on my fifth novel. I'm looking forward to writing it this summer but have no idea when I'll finish it.  I don't even know if I'll release it independently as I did my first two novels: "Iggy Gorgess" and "Bliss, Bliss, Bliss." I still fantasize that someday I'll publish a blockbuster novel. But right now, I'm content with being an indie writer. Sometimes I wonder if I resist making commercial novels my goal because I don't want to sound like everybody else?  In my mind, the appeal of commercial novels to the majority of people is the same thing as how most people identify with music like the Beatles and Joni Mitchell. Maybe my novels and short stories speak more to the primal parts of ourselves and would resonate better with passionate, wild people who prefer a musician like Brian Wilson during his "Smile" period or every song that Laura Nyro recorded on her own? The best scenario would be to appeal to both sets of people, similar to the way Anne Rice's vampire books are commercial but also literary. But those books are rare. I just hope to someday find an editor who will understand me or an agent who will know exactly where to place me. In the meantime, I'm perfectly satisfied with being labeled as an underground, independent writer, and I just aim to get my writing read by as many people as possible. 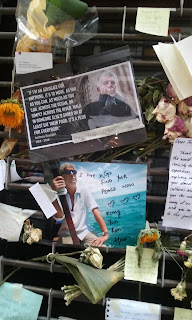 The other thing that makes me feel free is swimming in the ocean.  Last summer, I went to Florida but didn't get to swim in the ocean because I went to the beach during a thunderstorm!  This summer, I need to get myself into the ocean so I plan to go to a New Jersey beach or to Coney Island. I'll just pretend I'm in a more exotic locale. Fantasy is another amazing vehicle for feeling free. I love to just imagine and live vicariously through others. I'm going to do this by watching the entire series of "Parts Unknown" by Anthony Bourdain. I literally was JUST getting into his show when he committed suicide. I still don't understand it. How could someone who gets to travel the world, eat the best food, and drink the best liquor -- all while getting paid for it -- not want to live this life anymore? I know from reading articles in the wake of his death that he had been fighting "demons" which nobody else could really understand.  So I just want to honor the legacy he left us. I plan to sit with a glass of wine and a plate of cheese and crackers and celebrate his life, reveling in that feeling of freedom I always strive for during summer. 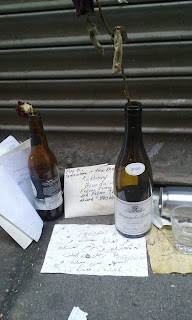