It Was An Era 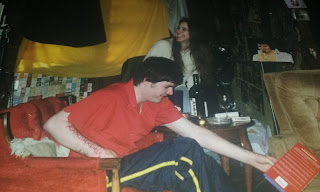 Last week was the 17th anniversary of 9/11. Every anniversary of 9/11 makes us all relive what we were doing on the day the Twin Towers came down. I was on the Staten Island express bus on my way to work at a law firm one block away from the World Trade Center, and I found out from one of the few people on the bus who had a cell phone who got a phone call saying that "a small plane flew into one of the Twin Towers." As people learned about the events occurring from more calls on their cell phones, I was reading a computer print-out of a J.D. Salinger story that my friend Chris Dillon let me borrow from a rare collection he printed off the internet.  I listened with one ear and read about J. D. Salinger's character stuck in a partially underground trench as a soldier in the other ear. It wasn't pleasant reading, and that image of war from J.D. Salinger's story is the last thing I remember thinking about before the actual painful truth of the terrorist events of 9/11 unfolded and clouded all of my thoughts for days, weeks and months. I lost six pounds just from being upset. Last Tuesday morning (9/11 happened to be on a Tuesday also), I didn't know that while I watched the footage reliving the days of 9/11, Chris had died the day before on September 10th from tainted heroin.

New York City had a very different vibe before 9/11. We used to feel free in New York City, but on September 11, 2001, the City forever lost its innocence. During the first half of 2001, Chris and I were musicians on the East Village, NYC music scene and even played in a band together for a short while. The clubs were always packed, and it was an exciting time to be in NYC. But after 9/11, the clubs were suddenly empty, losing money, and nobody wanted to go out anymore. It was depressing to accept the sad truth that our City could be attacked that way, and nothing could ever feel the same again.

As soon as I learned of Chris' passing, thoughts of the days I knew him flooded me. I remembered the poetry written in magic marker on the walls of his attic room, the candles that smelled like chocolate that were always burning as we talked and talked and talked while we drank wine around the coffee table that was my grandparents' when I grew up. I was so grateful he took some furniture I'd remembered from my childhood home in Bay Terrace so they didn't have to be thrown away, and I could still enjoy a piece of something left from when I was a kid. At Chris' memorial, his brother and I reminisced about how often we all saw each other during those days many years back. "It was an era," he said, and that's the best way to describe it. Life is full of eras that come and go. But those long days existed, and certain things will always unexpectedly pop up to bring them back from time to time. It's true that things can never be the same again. But at least we had that era. 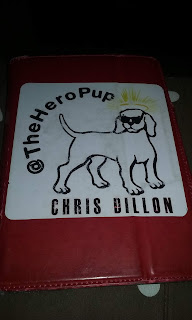